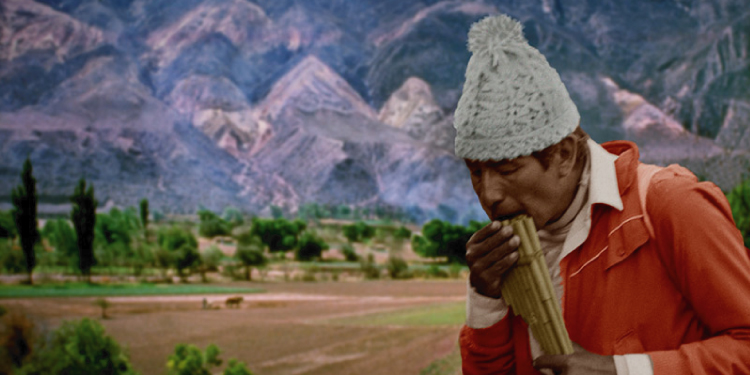 The Bands of Sikuris, of pre-Columbian origin, were incorporated by the Spaniards to religious celebrations as a form of worship. It is one of the examples of the fusion between both cultures as a result of the conquest, as is the Carnival, where the traditions of the people intermingle with motives of the Catholic religion. 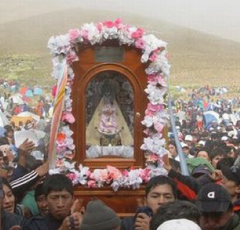 The Siku, Aymara word, refers to a wind instrument generally formed by two rows of reeds of different lengths. According to the length, they are classified, from least to greatest, in: chuli, malt, sanka and tuyu. This instrument continues to be performed in folk music from Chile, Peru, Bolivia, Ecuador and Argentina.

In the Quebrada de Humahuaca, the bands of Sikuris meet on the occasion of various religious celebrations, the two most recognized are the pilgrimages to Punta Corral and the Abra de Punta Corral. The pilgrimage to Punta Corral is older, it goes up by Tumbaya or Tunalito the Thursday before Holy Week to descend on Palm Sunday. Instead, the pilgrimage to Abra de Punta Corral is made by Tilcara on Holy Monday to descend with the Virgin on Holy Wednesday. Accompanying the bands of Sikuris thousands of pilgrims climb to ask, thank or simply accompany the Virgin of Copacabana. It is really exciting and contagious the faith with which bands and pilgrims of all ages come up to look for their mom from the hills. 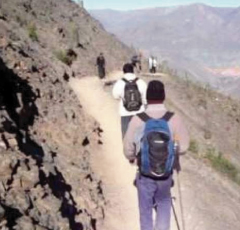 The bands are formed by drummers, drums and in the end the Sikuris are formed. Depending on the occasion they play different melodies: marches, boleros, waltzes, targets and worship.

Upon arriving at the Shrine of the Virgin, the bands enter the Church playing worship to receive the blessing. This is a time where members tend to get excited, not only because of the long and tiring road they have taken, but also because of the reunion after a year with the Virgin of Copacabana, who transmits them and provides them with energy for the rest of the year.

In addition to participating in these two pilgrimages, the Bands of Sikuris go out to share their music in different religious celebrations such as the celebration of some saint, accompany during Holy Week or on pilgrimages of other virgins.