Ricardo Vilca, his music and his people

Tukuta Gordillo defined it as "the finest and most enlightened of us all, who understood that music was another element of nature and that is why he played the music of the sapphires, the hackers, the Andean, the deep sound of the man standing in the middle of everything and nothingness that is the Puna." 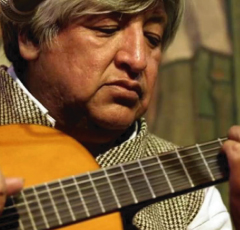 Born on November 5, 1953, in Humahuaca, Ricardo Vilca was a great artist who took his first steps at age fifteen in a rock and cumbia group. With the passage of time he dedicated 16 years to be a teacher of rural music, where he obtained the inspiration to develop his talent in folklore and Andean music, where he found his genre.

His musical work was very local. He was interested in the rescue of culture, he gave his music a different approach. With great heart and imagination, I gathered a lot of people. His convening power made the best meetings. He had a rock in the backyard of his humble adobe house, called "El Caminante", where he played and led the group "Ricardo Vilca y sus amigos" (Ricardo Vilca and his friends). Currently there are still activities.

For years he was considered a silent musician, because he was only known in the Argentine North and his songs had no lyrics. After getting involved with various artists: Divididos, Ricardo Moyo, Leon Gieco, who included his songs in their albums, he increased his popularity. 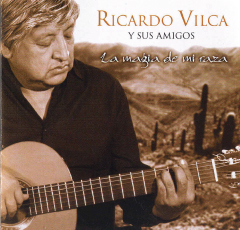 In 1983 he received a prize from Unesco for his cultural contribution to the Quebrada de Humahuaca.

On June 19, 2007, he died inheriting an admirable musical legacy for his country. The sounds of his guitar were recorded in the purple tones of the mountains of his town. Each street is accompanied by a chord, which without lyrics, tells millions of stories.

If you still did not listen, we recommend two of his albums: The magic of my race and New day, ideal for a sunset with mate, touring Humahuaca and its great landscapes.

A mural, mirror of my people